The primary objective of the SISSDEN project is to offer National CERTs, ISPs and network owners free reports on malicious activity detected on their networks. In SISSDEN, collection of this type of information is achieved primarily through honeypots. One of these honeypots is dedicated towards the detection of amplification DDoS attacks. This specific category of DDoS attacks utilizes UDP-based open, amplifiable services to reflect packets to a victim, by spoofing the source IP address of the packets sent to the amplifier to the victim's IP address. Depending on the protocol and type of open services abused, the size of the original packet content sent by the attacker can be amplified in the service response multiple times (even by a factor of hundreds), flooding the victim with packets and enabling DDoS. Honeypots that emulate open and amplifiable services can be used to detect this kind of abuse. However, as the source of these attacks is spoofed to the victim address, it is possible only to report on victims being abused not on the source of the DDoS.

The chart below illustrates the scale of these types of amplificable DDoS attacks in Europe based on SISSDEN data. Looking back from 29th October over the last 30 days, over 53,000 attacks have been observed against over 36,000 victims with IP space in Europe, with open NTP (port 123/udp), DNS (port 53/udp) and chargen (port 19/udp). 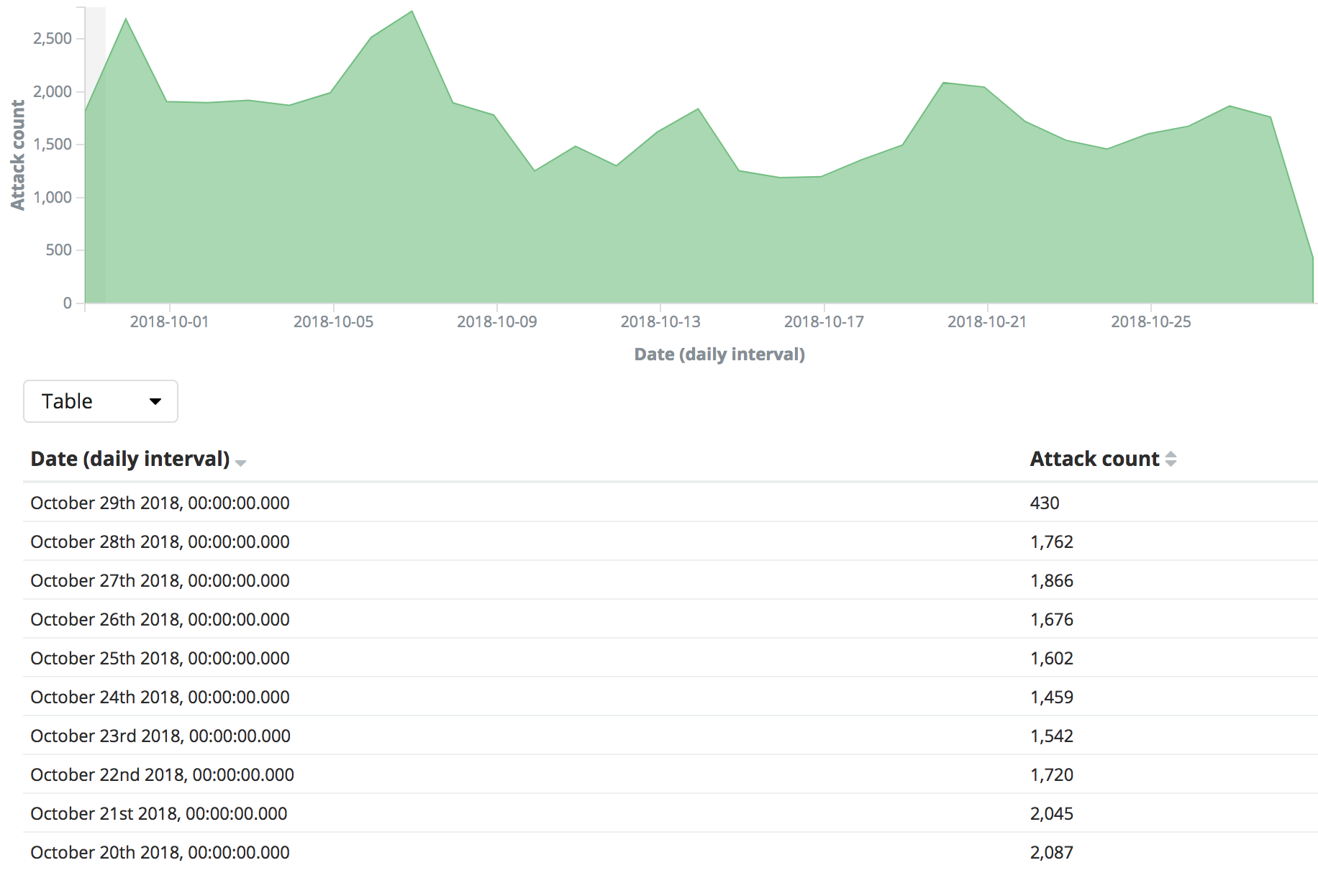 The Amplification DDoS Victim report that is being sent out includes the IP that is being targeted (i.e. the victim), information about the type of service being abused for the DDoS, DDoS start times as well as end times if available, request used (if available). See the format of the report below.

As of 25th October 2018, the Amplification DDoS Victim report has been included in Shadowserver's reports and is being sent to 92+ National CSIRTs and 4200+ network owners (including 1200+ in the EU) as part of the free daily victim remediation feeds, in easily parsable CSV format. Anonymized samples of the reports being sent out are available here. If you are a network owner or CSIRT and wish to receive reports from SISSDEN you can either subscribe directly to Shadowserver's feeds or do so through the SISSDEN Customer Portal, which will be made available soon. Existing Shadowserver subscribers will receive the free Amplification DDoS Victim report automatically on a daily basis.