On 4 February 2018, 360Netlab informed the world about ADB.Miner – the Android botnet spreading in a worm style. ADB.Miner activity started on 3 February and it continues. On 6 February, 360Netlab provided another blog post with more details.

Some basic facts about the worm derived from the 360Netlab blog:

Some of the fragments were not highlighted by the accident. Mirai SYN scanning activity can be easily distinguished by the following PGA (Packet Generation Signature):

Such a signature included in the packet can be easily tracked in the darknet traffic. According to this, we have run a query for the TCP scans on port 5555 with the above mentioned PGA signature (from 04.02.2018 to 08.02.2018 07:00 AM UTC). As a result, we have obtained almost 13 million scanning packets and about 35 thousand unique IP addresses. 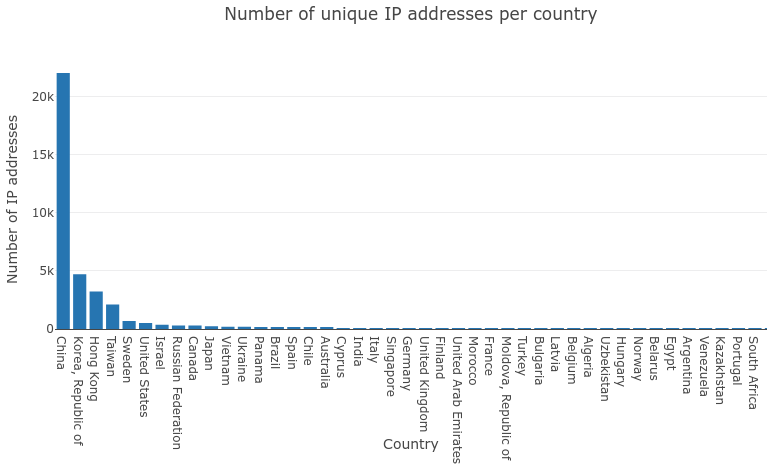 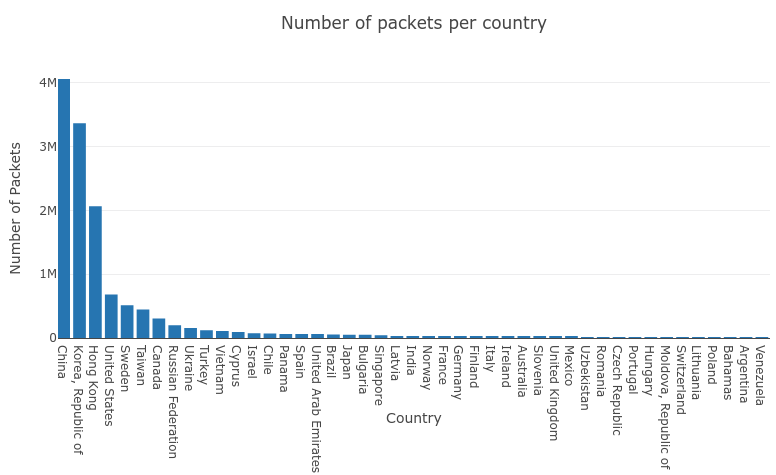 Interesting is the fact that these IPs occasionally scanned two different ports using the Mirai SYN scan signature (2323 and 7547), which are frequently scanned by Mirai and its variants: 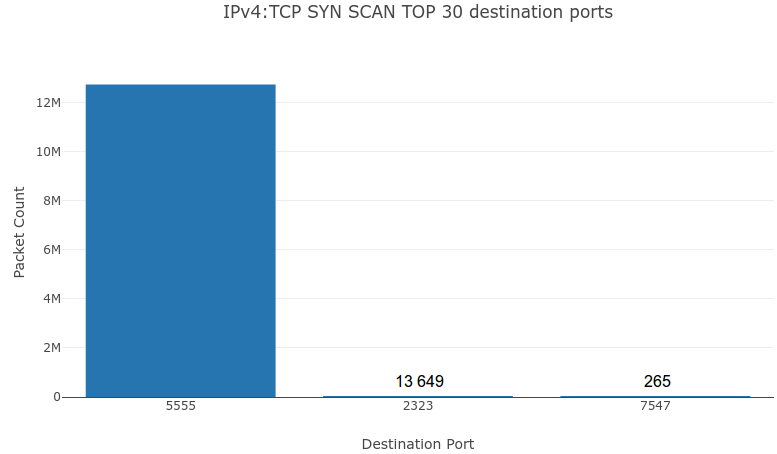 Let us take a look into source ports now. They do not seem completely random, because: 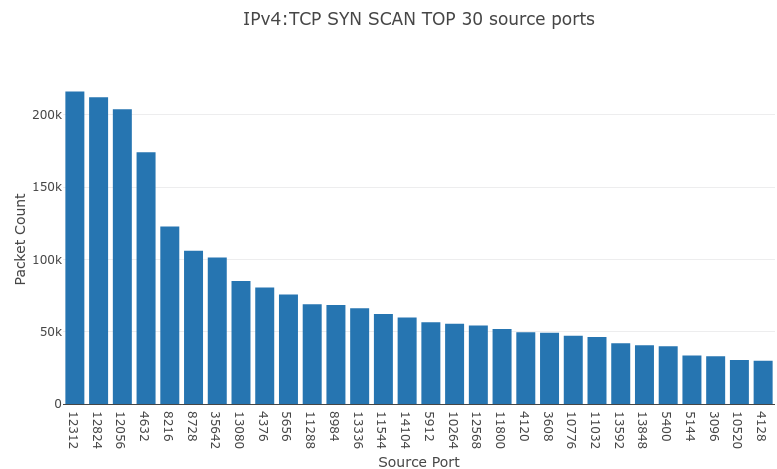 Finally, the following chart presents a timeline of the scanning activity (taken from the 84-hour long period). Typically, we are observing around 12,000 scans per 5 minutes. However, some occasional upticks can be observed. They usually last about 20 minutes and during this time the number of scans doubles. 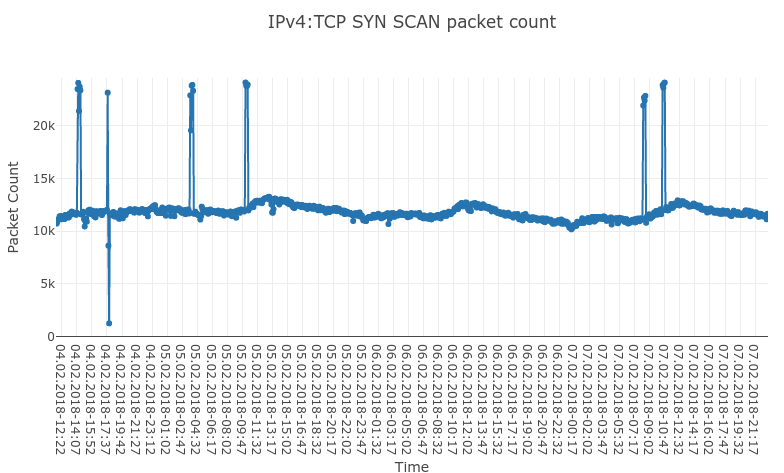 Because of the NAT and DHCP, it is hard to point out the exact number of infections (we can only provide some estimations), thus we have decided to check the daily number of unique IP addresses: 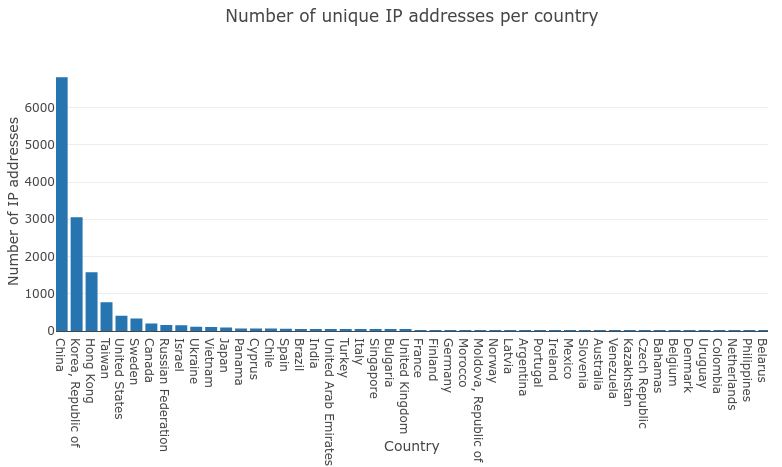 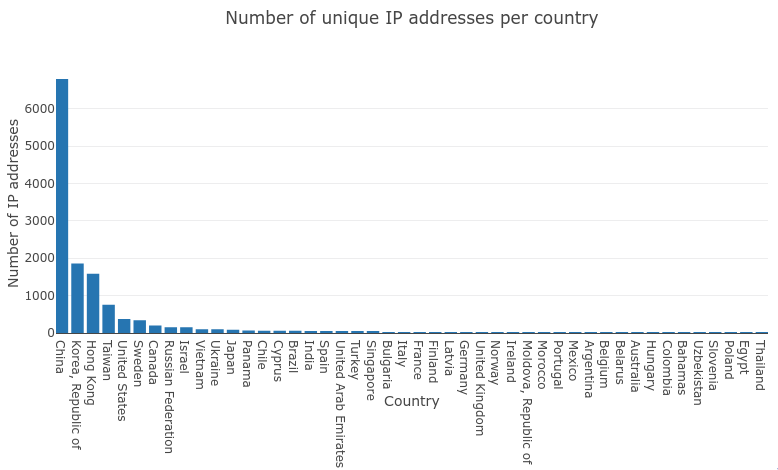 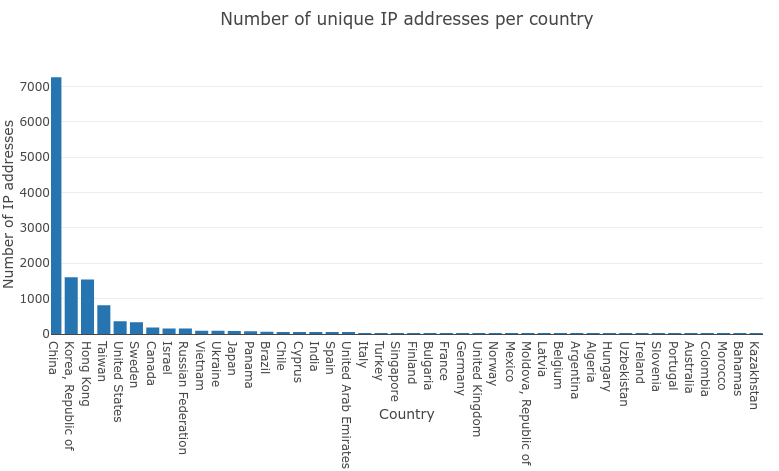 According to these numbers, we can assume that there are about 14,000 infected devices (not 35,000). We are planning to observe this worm activity and its spreading capabilities. However, as there is no C&C server, we are not predicting any new or unusual behaviors originating from this specific threat.